Parents and students looking for a disciplined environment for learning in a military-style will find this list handy. Military schools have rich traditions and a successful graduate will have many doors opened. And rightfully so, completing a military-style education is a great achievement early in life. Note: Military boarding schools are not boot camps, they are prestigious institutions of learning that push for academic excellence. Try our therapeutic boarding schools list for teens with behavioral issues. 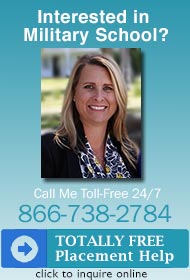 When to Consider a Therapeutic Boarding School

Even healthy, well-adjusted teens go through mood and behavioral changes…

The Benefits of Boarding School There are many misconceptions regarding…

Many families considering sending their child to boarding school are…

How to Prepare for the SSAT The SSAT is a…